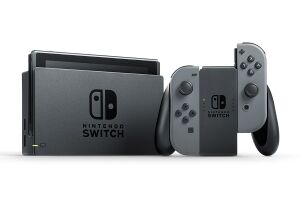 A photograph of a Nintendo Switch.

It has been requested that image(s) be uploaded and added to this article. Remove this notice once the image(s) have been uploaded and applied.
Boxarts

This article is a stub. You can help MiiWiki by expanding it.
Reason: I feel like something could be/needs to be added but I have no idea what